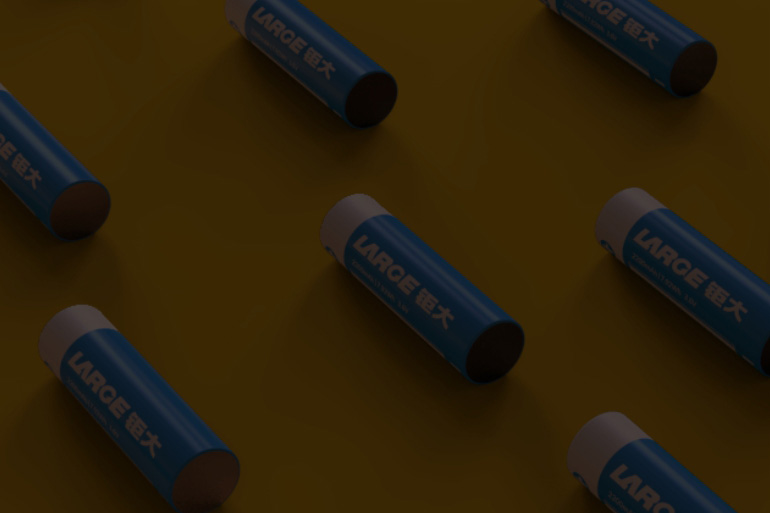 Large Power is a provider of customized solutions and products for special lithium power systems. It can provide a complete set of power supply solutions from a single cell, battery management system,charger to battery pack according to customer requirements.

18650 refers to the appearance specification of the battery, which is a standard battery model determined by SONY in order to save costs. 18 means 18mm in diameter, 65 means 65mm in length, and 0 means cylindrical battery.

The 18650 battery is the most commonly used battery type in life and industry. No matter which manufacturer produces the 18650 lithium battery, the overall size is certain. The difference is that the maximum capacity and the highest energy density ratio.

SONY
Established: 1946 Headquarters: Japan
Established in May 1946, this is one of the world's largest manufacturers of electronic products and a pioneer of the lithium battery industry. In July 2016, Murata acquired SONY's battery division. Now SONY is gearing up to push into electric car batteries.

LG Chem
Established: 1947 Headquarters: South Korea
This is a subsidiary of LG group, which is a leading chemical enterprise in South Korea mainly engaged in the production of petroleum chemistry, batteries, advanced materials and life science products. It dominates the global market in the fields of automobile battery, ESS battery and mobile device battery.

Samsung SDI
Established: 2011 Headquarters: South Korea
This is a subsidiary of South Korea's Samsung group, which is mainly engaged in the display and lithium battery production. Samsung SDI R&D center is located in South Korea, Japan, Russia and other countries, and has offices in Taiwan, Germany, Malaysia, India, Vietnam, etc. It is one of the top 100 lithium battery manufacturers in the world.

LISHEN
Established: 1997 Headquarters: Tianjin, China
Tianjin Lishen Battery Co., Ltd., a representative brand of lithium battery in China, it is one of the professional manufacturers of lithium battery with large investment and the highest technical level in China. 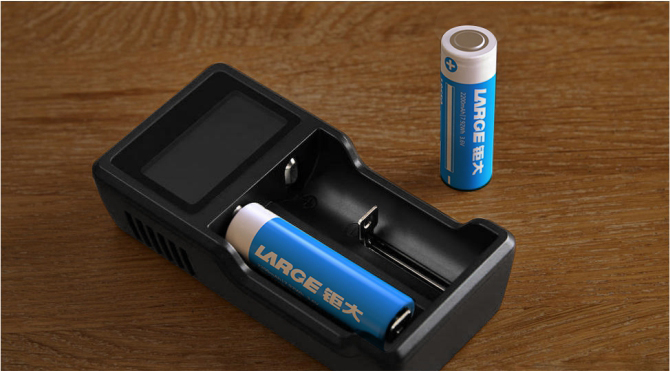 According to Discharge Performance
Capacity battery and power battery

Capacity 18650 Battery Cell
A capacity battery is a battery that pursues maximum capacity as far as possible in a small volume. The capacity of this kind of battery is relatively large, and tends to be more than 3000mah, while the discharge current is relatively small. It is suitable for a power bank, a flashlight, security, a mine lamp, an alarm, medical equipment, etc. They consume power at a sustained rate for a long period of time without requiring high current.

Power 18650 Battery Cell
A power battery does not have a high capacity. It is 2000-2400mah, but the discharge rate is large. It can reach more than 3C discharge, or even more than 10C. It is suitable for equipment that needs high current, such as power tools, vacuum cleaners, vaping, model airplane, swing cars, unicycles, etc.

How to Choose 18650 Lithium Battery

An 18650 battery generally has the advantages of large capacity, long life, high safety performance and a wide range of use. When purchasing an 18650 battery, you should generally learn about its brand, capacity, current, voltage and operating temperature, before you can select a good 18650 battery.

According to the requirements of electrical appliances, size and characteristics of electrical consumption, choose the appropriate battery type and size to buy.

The so-called button top and flat top are designed by various manufacturers according to their own assembly needs, battery safety, battery capacity and other factors, and there is no essential difference.

Glare flashlights and headlamps generally do not have protective circuits. It is recommended to purchase a protected 18650 lithium battery.

How Do You Avoid Buying A Fake 18650 Lithium Battery?

A 18650 battery is a common battery model. Some bad battery factories replace 18650 battery with counterfeit batteries, the following will tell you how to identify the fake 18650 lithium battery.

The 18650 battery has a beautiful appearance. The battery package is smooth and wrinkle-free, and all have a strict battery tracking mark. Detailed battery data can be seen in the code spraying mark on the battery membrane.

The basic structure of lithium-ion battery is composed of four parts: the cell, the PCM, the cases and the lead/terminal.

The PCM is an electronic module used to protect the normal operation and prevent the unusual abnormal accidents.
According to the quantity, it can be divided into single board and multi board.
According to the product category, it can be divided into an ordinary board, an intelligent board and a power board.
The main parameters include overcharge, over-discharge, overcurrent, self-consumption, internal resistance, leakage protection and so on.

This includes various specifications and brands from line #32 to line #10.
It includes all kinds of terminal heads.

The case is used to fix and seal the cell and PCM together, so as to complete the matching function with the main engine.
Common materials of the case: ABS, ABS+PC, PC, etc.
The main indicators of the case are: color, material, matching, mechanical strength etc.

In the actual use of batteries, high voltage and large current are often required, which need to connect several single batteries in series or parallel (or both), we call it battery pack. The 18650 lithium battery pack needs a certain standard.

1.The Meaning of 18650 Battery Pack in Series and Parallel

18650 battery in series: When multiple 18650 lithium batteries are connected in series, the battery pack voltage is the total of all battery voltage, but the capacity remains unchanged. 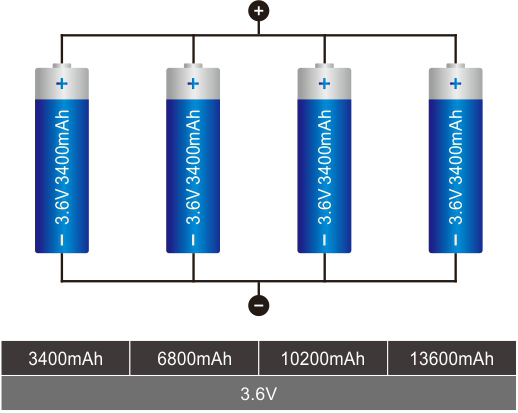 2.Precautions for Series and Parallel Connection of 18650 Lithium Battery