Nickel-cadmium and lithium batteries are the two major players in the battery chemistry industry. Today, they made a difference in the performance and supply of renewable energy.

However, when it comes to making a purchase, you may not help but wonder which one is the best? As much as they are both great technologies, there are preferences, and that is what matters the most. We are going to, in this guide discuss and compare these types of batteries. But before that, first things first:

What are nickel-cadmium batteries?

If you have a computer, a drill, a camcorder, or any other small electronic device that uses batteries, open the battery pocket, and see what type of battery it uses. You will probably found a nickel-cadmium battery inside. They are used in devices that require even the power to operate.

Nickel-cadmium is abbreviated as NiCd or NiCad and use electrode made of oxide hydroxide and metallic cadmium. They also have an alkaline electrolyte made of potassium hydroxide.

NiCad battery was invented in 1899 by Waldemar Junger. It was patented in the same year, and since then, the batteries have been changing the world of renewable energy. The best part is that they are rechargeable.

What are lithium batteries?

Lithium batteries are seen as the future of the battery industry. They stand apart from other chemistries because they carry the highest energy density and offer low cost per cycle.

Lithium batteries are an umbrella term used to refer to several different other chemistries. There are about six major types of lithium batteries, each with its unique advantages and disadvantages.

The most predominant type is the lithium-ion phosphate used in renewable energy applications. Due to their safety, great thermal stability, high current ratings, long life and abuse-tolerance, the batteries have been marked the best.

Even so, lithium batteries are more advantageous that other battery technologies.

In summary, this is a family of rechargeable batteries. They use lithium ions that move from the negative electrode to the positive electrode during discharge. When charging, the opposite happens. One of the major advantages is their ability to last longer. They are more expensive, but will definitely give back the value of your money.

Composition of the lithium battery and nickel-cadmium

Lithium technology has evolved drastically over the past 20 years. This is mainly due to the increasing demand for higher energy density, energy per volume, increase life cycle, as well as reliability. As such, more of the battery-powered devices across the globe now have lithium batteries in them.

The most used lithium batteries have the anode of metallic lithium and the cathode of manganese dioxide. They also contain a salt of lithium in an organic solvent.

· Lithium-ion batteries. They are known as secondary batteries and are rechargeable. They contain lithium ions that move from the negative electrode to the positive and vise Versa during discharge and charging, respectively. The anode is usually made of carbon while the cathode is made of a metal oxide (it can be nickel, manganese or cobalt.

· Lithium-polymer batteries. This is the most recent advancement in lithium batteries. Abbreviate as LiPo, LiP or LiPol; they comprise of an electrolyte that is plasticized or gelled in a polymer additive. This is the only difference between Li-Ions. But they have the same assembly.

There are four main elements in cadmium batteries:

· The anode. This is made up of a net with cadmium plating.

· Cathode. This is a mesh with nickel plating

· Separator. This is the part that ensures there is no contact between the cathode and the anode.

The positive active material is comprised of nickel hydroxide when the battery is discharged. The negative, in this state, is cadmium hydroxide. They convert to Nickel oxide OH and cadmium during charging, producing some water at the same time.

The simplest answer is yes. One of the major advantages of lithium batteries, especially LiPo compared to cadmium batteries is that they last much longer. There have been major improvements to ensure this.

Apart from this, Li-Ion batteries, for instance, are low maintenance batteries. They can be recharged without creating a memory effect.

This draws us to the biggest setback of NiCad batteries. They suffer what is known as a ‘memory effect.’ If they are recharged and discharged to the same state several times, the batteries remember that point as its charge cycle. It assumes charging starts and ends there, which may cause the voltage to drop suddenly as though it has been discharged.

A similar effect happens during voltage depression (lazy battery effect), a result of overcharging. In simple terms, NiCad batteries are hard to maintain and do not carry as much capacity, and life cycles are Li-ion batteries. 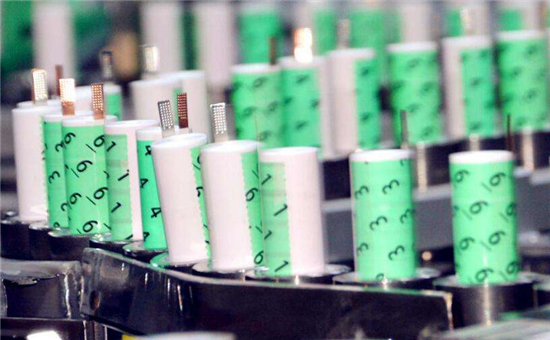 NiCad battery system contains the same cathode like the one in nickel-ion. The anode is however made of cadmium. They have a maximum cell voltage of 1.3V during charge and 1.2 cell V on average. The following equations summarize charging and discharging.

During discharge, the electrons and Li+ ions bond to the anode. This results in the breakdown of carbon-lithium bonds. These positive ions pass through the electrolyte and separator to bond with cobalt oxide ions which are negatively charged. The result is a Lithium cobalt oxide. Your battery dies when all broken down electrons and lithium travel to the cathode.

Both these battery chemistries are great. However, it is important to consider your needs when making your choice. Think about your safety, as well as performance of your devices.