The modern world today is awash with technological marvels of all sorts. All manner of gadgets and device dot the technological landscape and have a wide variety of uses and applications. Smart phones driven by mobile technology are ubiquitous, seen every day and used every day. In addition to this we have laptops, desktops, tablets, PDAs, smart TV and a host of items that make our daily life easier and more efficient. A critical item that plays a key role in many of the gadgets in use is the lithium polymer battery and the lithium ion battery. What are lithium polymer batteries anyway and are they different from lithium ion batteries·  A little history would help give clarification on this.

Development started on the lithium ion battery around 1912, but only became popular in 1991 after its adoption by the Sony Corporation. These batteries have high energy-densities (energy stored per unit volume) but were not as expensive as lithium polymer batteries. They have a low rate of self-discharge and do not require priming on first use. The downside of these battery types is their tendency to degrade with age even when unused. Furthermore, its chemical construction limits it to a rectangular like shape. 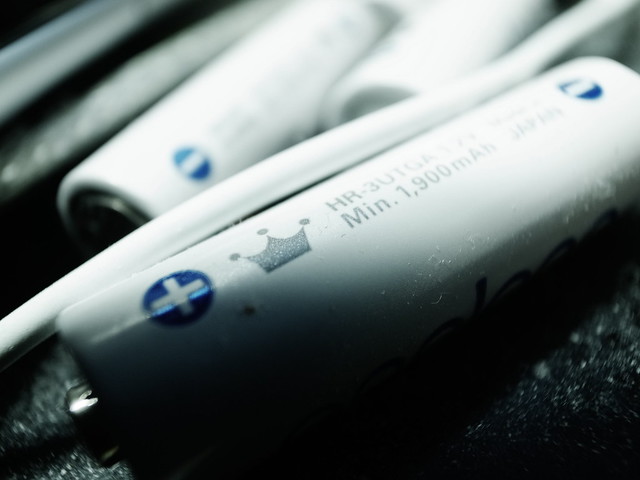 Lithium polymer batteries on the other hand have a history dating back to the 1970s. The initial design comprised of a dry solid polymer electrolyte that looked like a plastic film. Consequently, these batteries could be fashioned to be as thin as credit cards while simultaneously retaining sufficient battery power. In addition to this, they have improved safety features and are quite lightweight. The downside to all these benefits, are its increased cost and poor energy-density compared to lithium ion batteries. This battery type can be fashioned into a wide variety of shapes because the solid polymer used to make it is flexible.

The summary is that a lithium polymer battery is a rechargeable battery of lithium-ion technology that uses a polymer electrolyte instead of a liquid electrolyte. They are useful in applications where weight is critical like radio-controlled aircraft, radio-controlled cars, underwater vehicles, power banks, portable media players, electronic cigarettes, large scale model trains and mobile devices. On the other end of the spectrum, a lithium ion battery is also a rechargeable battery type commonly used for portable electronics, electric vehicles, power tools like cordless drills and saws as well as aerospace and military applications. Essentially, the difference between both battery types lies in the material used as the separator. Lithium polymer batteries, rather than using an inert substance with holes covered in electrolyte, utilize a separator made up of a micro-porous polymer covered in an electrolytic gel that also serves as a catalyst that reduces the energy barrier in the chemical reaction between the cathode and the anode. In order to get a good grasp about both these batteries, as well as their capabilities, advantages and deficiencies the following subtopics will help to clarify this namely:

· How Do Lithium Polymer Batteries and Lithium Ion Batteries Work·

How Do Lithium Polymer Batteries and Lithium Ion Batteries Work·

Essentially both lithium-ion and lithium polymer (which is actually a subset of the lithium-ion family) batteries follow the same working principle of operation. The batteries comprise of five main components (the cathode, anode, separator, current collectors and electrolyte). The anode and cathode store the lithium, and the electrolyte is the medium through which positively-charged lithium ions travel. In the process of charging the battery, the cathode which is the positive electrode surrenders part of its lithium ions which travel through the electrolyte and the separator to the anode or the negative electrode. When the battery is discharged (by use), the lithium ions move from the anode to the cathode which in turn leads to a flow of electrons (electrical power) through the device being powered using the battery. This process is repeated and reversible over many cycles and years, hence the term the “battery lifespan”. So while charging, the battery absorbs power and gives out power while discharging.

Lithium-ion and lithium polymer batteries both experience “aging”. Aging is essentially how long the battery lasts or its lifespan. How long will it be in use before deterioration and degradation sets in and it can no longer perform the primary function of powering a device like a smartphone. On the average generally, both lithium ion type batteries tend to last two to three years even if they are unused.  Therefore, it is important to buy a new battery for your device and verify this by checking the manufacturing date. The batteries start to age from the moment they are manufactured and so their lifespan should be counted down from that time. In addition to this lithium polymer batteries typically have recharge cycles that vary from 300 to 400 cycles. Lithium ion batteries on the other hand tend to have a lifespan that varies from 400 to 1,200 cycles before deterioration. Consequently, on the average lithium ion batteries tend to last longer than the lithium polymer batteries.