Do you know about electrochemistry of lithium ion battery?

The storage of energy is considered one of the key technology for the successful realization of renewable energies as well as the electrification of various sectors and industries. Our post today will highlight a lot about the electrochemistry of Lithium-ion batteries, so you can know more about these batteries and their chemistry.

Batteries are an essential energy storage tools for fixed and mobile uses. They are mainly used for small or portable devices. They are also used when electrical connections are neither practical nor possible. 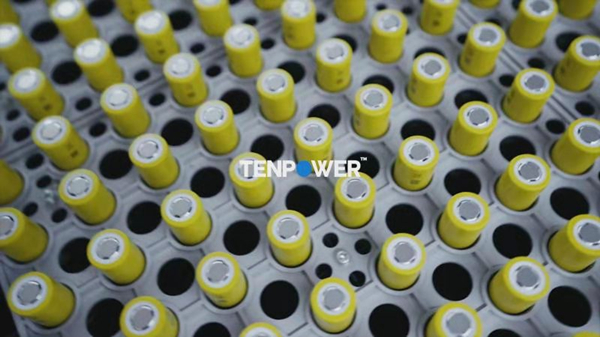 The applications of batteries range from smaller devices like MP3 players to smartphones and then to high-end performance systems like the automobiles or the energy storage systems used in power plants, for example, turbines.

The typical battery construction is composed of two electrodes of opposite charge separated by an electrolyte. And they are classified into primary or secondary cells, depending on the chemical system surrounding their operation.

The Primary cell batteries are those that cannot be charged or recharged. They are fully pre-charged and may be used immediately they are purchased. They provide high specific energies as well as long storage times.

However, these primary cells only currently cover a niche of the market. They are typically used when it is impossible to use rechargeable batteries, or in situations where charging is not possible. For instance, this is the case in wristwatches, toys or even pacemakers. There are other applications too, such as in the military, where primary cells are used in Missiles.

Unlike primary cells, the secondary cell batteries can be charged and recharged over a hundred times. The market value of these types of battery is steadily increasing.

The oldest batteries that have been rechargeable are the lead-acid batteries. They are still used as starter batteries in automobiles or for backup systems. There are other examples of secondary cell batteries too, like the nickel-metal hydride (NiMH), nickel-cadmium (NiCd), and of course, the lithium-ion batteries. The latter is currently the focus of our discussion because it is the battery most preferred by the big game players in the automotive and gadget market.

In the rechargeable lithium-ion batteries, the charge carriers are the lithium ions. These lithium ions can be found in the battery, in three places: there are in the crystal lattice of LiCoO2 in the cathode, ?the lithium salts in electrolytes and in the anode, where lithium is not stable but acts like a "guest" between the graphite and carbon layers. When these batteries are fully charged, their anodes are filled to the maximum with lithium, with a lithium atom fixed at six carbon atoms.

During use or discharge the battery, the positively charged lithium ions within the battery move from the positively charged electrode or anode through the intermediate electrolyte to the cathode or negatively charged electrode. The Lithium cobalt oxide (designated as LiCoO2) is the predominant cathode material in any gadgets lithium-ion batteries, but it resembles a lithium iron phosphate (designated chemically as LiFePO4), it has a lower energy density but is more chemically stable. To close this circuit, electrons which are negatively charged goes outside the battery, through the anode to the cathode, thereby supplying the connected device with power. This is reversed while charging, forced by external forces from the external source of power, lithium ions flow through a reverse-path in the battery and they return to the anode from the cathode. Consequently, the electrochemical reactions in batteries that are rechargeable are reversible. 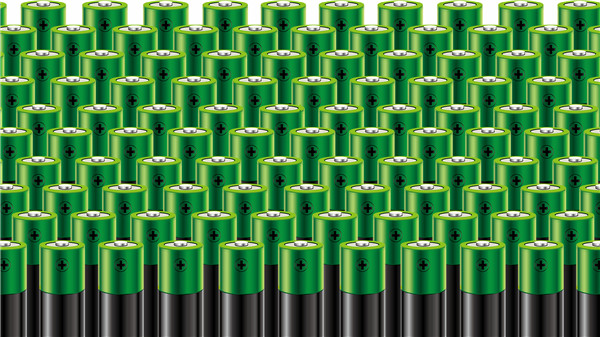 Electrochemical characterization of the lithium-ion battery

Lithium-ion batteries have shown promise. They have been proposed to be used in electric vehicles (EV) or electric hybrids vehicles (HEV). Graphite is currently widely used as an anode material for the commercial lithium-ion batteries, especially those used in cell phones, cameras, and laptops. But then, the performance of the cells have not been as completely satisfactory as expected in it applications for power systems requiring frequent high-speed discharges or charge rate, such as in electric or hybrid vehicles.

Because of the low lithium interleaving voltage of about 0.1 V (relative to Li / Li +), lithium metals easily deposit on the surface of graphite anodes and they form dendritic lithium especially during a fast charge, and this can cause safety issues. Spinel Li4Ti5O12 has been given much attention and taken to be an alternative anode as against graphites in lithium-ion batteries because of its excellent zero voltage structure, reversibility, and the high Li-ion mobility in the field Li4Ti5O12 lattice. In particular, the material has some high Li insertion voltage that operates at 1.55 V (relative to Li / Li +), and this could harm the formation of dendritic lithium. But then, the low electronic conductivity of Li4Ti5O12 is the main obstacle which limits the performance rate of the material.

For the electrochemical performance of Li4Ti5O12 and electronic conductivity to improve, there is a lot of work that needs to be done in other for the problem to be solved. One of the common strategies is to reduce the size of the particles and to coat the conductive material on the surface of Li4Ti5O12 or to dope the other metal ions. The reduction of particle size can also reduce the diffusion distance of lithium ions and improve both the capacity of the Li conservation electrode and its kinetics; therefore, it is possible to improve the rate capability as well as the electrochemical performance of the electrode material. Some metal ions like the V5+, Mg2+, Ca3+, Ta5+, and Ni3+, have been used in doping to replace a small amount of Li+ or Ti4+ in other to improve the electronic conductivity as well as rate capacity. The coating of conductive materials on the surfaces of lithium-ion batteries can improve the surface conductivity and also reduce contact resistance. Conductive materials such as carbon black, graphene, carbon nanotubes, Sn, Ag, and Cu have all be reported to be used to modify the electrical conductivity of Li4Ti5O12.

Electrochemical structure of the lithium-ion battery

Studies of the Electrochemical structure of the Lithium-ion batteries have shown that a better understanding of scientific issues and problems can be beneficial in the design and building of a higher voltage cathode which interfaces with a low ohmic drop. One of the major indices for evaluating lithium-ion battery (LIB) performance is the OCV, and its improvement shows promising results in increasing energy density. Besides, the significant potential drop at the interfaces proves a high resistance and is one of the major factors which limits power density.