The original lithium metal batteries were deemed dangerous and a little too risky to be used on a commercial scale, which is when lithium-ion took over. Lithium-ion has an excellent cell-mass density and can even be recharged if packed in a certain manner.

If you are looking to ship lithium batteries, here is everything you need to know:

Are lithium batteries available in airlines?

Because of the incident of early 90s where Sony shipped their vehicles with Lithium metal batteries that got too dangerous for commercial usage, lithium batteries are considered dangerous substances for many airlines.

Most airlines have rules that ban, or at least restrict how many lithium batteries can be shipped through their vehicles. 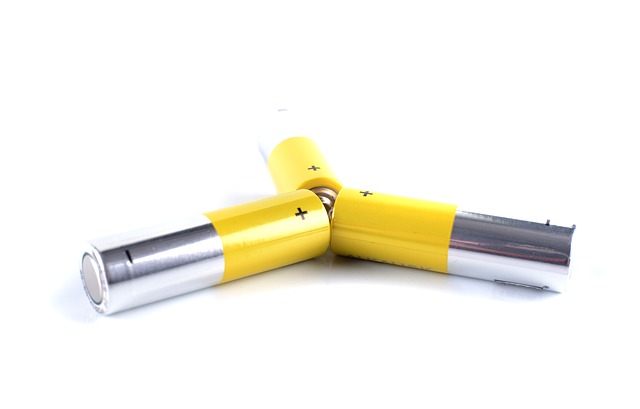 All UN3480 batteries are banned for US flights on cargo airlines

All UN3480 batteries – which are better known as standalone lithium-ion batteries are banned from being used on airlines as cargo for passenger aircrafts. This ban has been in effect since the first of April 2016.

All UN3090 batteries are banned

No carrier is willing to take responsibility for shipping UN3090 batteries – which are better known as lithium metal batteries. This is true for not only airlines, but cargo shippers through the sea or land too. Lithium metal batteries have a high-risk of warming up and causing a reaction that is too unnatural.

UN3091 and UN34801 lithium batteries – which are contained in electronics or equipment are allowed – even on commercial aircrafts. There are a few rare exceptions, with the Samsung Note 7 being a very popular exception to this case.

The airlines still reserve the right to block any dangerous equipment that might have unstable batteries installed.

Some equipment is allowed on passengers’ personnel

Passengers are still allowed to carry lithium-ion batteries that are installed in equipment. They can use this equipment provided that they follow the regulations. Some of this equipment may include smartphones, smart-watches and a few harmless gadgets that a passenger has on-hand.

UN3171 batteries – or more popularly known as batteries that ship in hoverboards, balance wheels and air-wheels are allowed to be shipped through air cargo – provided that they follow the provisions of Special Provision A214. This applies to most US-based flights.

Recycled batteries are not allowed

Batteries that are tagged as recycled or recalled are not allowed on airlines. This is because these batteries pose high danger of causing animalities on the flight itself – and are an extreme danger for the passengers too.

Even recycled goods that carry lithium batteries are not allowed on flights. Customers that do otherwise wish to transport DDR batteries will need to get approval from UPS before confirming their flight.

How do you pack lithium batteries in baggage?

If you think that your lithium batteries will pass the check through airlines, you will need to pack them to prepare for baggage.

Here are a few rules to remember when packing lithium batteries in baggage:

Even if lithium-ion batteries are generally safe to use, they still pose some sort of danger. In case of unfortunate short-circuits – which are commonplace in all sorts of electronics – batteries can cause fires.

To prevent such a case from ever happening, be sure to pack your batteries with your terminals protected from outside forces. A very popular way to do this is to wrap insulating, non-conductive material on the exposed terminals to ensure that these terminals don’t get damaged.

Package batteries from being crushed

Everyone knows that airlines are notorious for their mishandling of goods and the damage that the shipped boxes suffer from. Be sure to properly package the batteries from being damaged or crushed when they are being handled by the airlines’ staff.

In case of defective electronics

In case of electronics that ship with defective batteries or defection on any sort of level, retailers and customers are warned to ship such items without batteries. This is good news for those who have removable batteries for their products.

Companies that handle repairing of products are also advised to send their repaired products without batteries or they could be refused.

Power off the batteries

All batteries must be properly shut down and ensured that they won’t turn on while in the airline. This is because batteries tend to get hot when they are turned on.

The hotter they are, the more conductive the surface will become. In order to avoid any sort of mishandling or unfortunate happenings on the airline itself, all measures are taken on a strict level.

How do you care for your lithium batteries airlines?

Lithium batteries – the ones that are allowed on airlines – need to be cared properly. There are quite a few steps that you can take on your own to ensure that the batteries don’t get damaged when they are being transported from one place to another. One of such rules has been stated below:

Keep metal away from batteries

Be sure to pack your batteries with non-conductive material so that even if metal does get close enough to your batteries, it does get in direct contact. Metal is extremely dangerous for all electronic devices as it is a volatile conductor and can amplify the output of a battery’s current.

There are other types of batteries like the UN2794, UN2795, UN2800, and UN3028 – which are considered as containing hazardous materials. These batteries are allowed on airlines only after they have been approved by a checking facility and then the airlift itself. Do note that the airlines still refuse the right to deny any services.