Want to know who first invented the battery? Well, you’re in the right place to find out about that. And there is no doubt that batteries have become an indispensable part of our lives. From our portable devices like laptops, flashlights, smartphones, etc to electric vehicles, batteries play a major role.   Now, let’s get straight to the point - first battery - who is an inventor and much more.

Who first invented the battery?

In the summer of 1936, an ancient tomb was discovered during the construction of a new railway line near the Iraqi city of Baghdad. The remains found in that tomb are about 2000 years old. Among these ruins, there are some earthen pots covered with the pitch above. The iron rod, which is surrounded by a cylindrical tube made of coated copper sheet, is pushed out of this sealed top.

When the inventors filled these pots with an acidic liquid, they found that there was a difference of 2 volts between the iron and copper. It is suspected that these clay pots are 2000 years old battery cells. They named the pot the Parthian battery.

In 1786, the Italian physiologist and physiologist Luigi Galvani was shocked to see the leg muscles contract when he touched the dead frog's legs with two different metals.

He could not understand the real reason, or he was called the first designer of the battery cell. He thought the response might be due to the property of the tissues.

Since then, Alessandro Volta has discovered a similar phenomenon in paper dipped in salt water instead of frog legs. He dipped a copper disc and a zinc disc in cardboard with saltwater and discovered the difference between copper and zinc.

Then, in 1800, he developed the first voltaic cell (battery) made of copper and zinc discs. This system produces measurable flow. We think of Alessandro Volta's voltaic pile as the first "wet battery cell". Thus began battery history. From that time till today, the battery has been an excellent source of energy in our daily life applications. 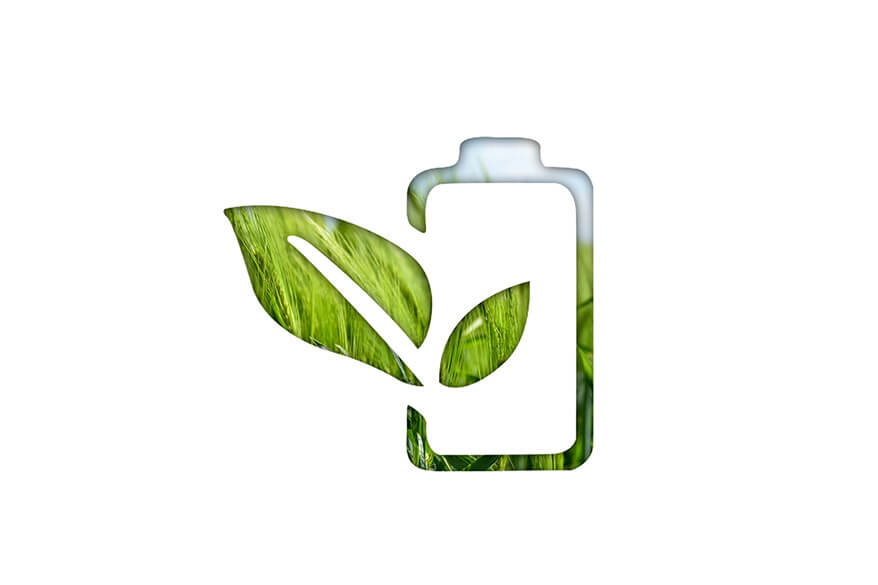 What was the first battery used for?

In 1799, the Italian physicist Alessandro Volta created the first electric battery that could supply uninterruptible power to a circuit. Zinc and copper were used for the electrode in the voltaic pile. His invention rejected the general theory that only living things could produce electricity.

About 40 years later, the British chemist John Frederick Daniel created a new cell that solves the "hydrogen bubble" problem in the voltaic pile. This previous problem with collecting bubbles under zinc electrodes has limited the life and usability of the pile. Discovered in 1836, Daniel Cell used a copper pot filled with a solution of copper sulfate, immersed in a clay vessel filled with sulfuric acid and zinc electrodes. The electrical capacity of the Daniel cell becomes the basic unit of voltage equivalent to one volt.

One of the uses of a battery is to provide backup power in the event of a power grid failure. Batteries are usually wired through a certified installer to an additional, backup electrical panel that supports customers' selected items, lights, refrigerator, and selected wall outlets to get this service at home. If the power grid shrinks, these critical elements will still gain power.

How long does the first battery last?

A 5 cell penny battery (voltaic pile - the first battery) can last up to 6 ? hours with providing minimal voltage.

Each round of full discharge and subsequent recharge is called battery cycle life. The battery life can range from 500 - 1200. I.e., 18 months to 3 years of the life cycle for a typical battery. When the maximum cycle life is reached, the battery does not die quickly. It starts to deteriorate quickly, and the ability to recharge is completely reduced. You will find that you are regularly recharging.

Repeated heating will weaken the battery. With the right battery charger, you can minimize the negative effects of repeated charging. It may take another 700-1000 cycles until your battery life is over.

Time kills battery- Whether you use it or not, over time, the battery will drain and eventually die. It is due to factors such as increased internal resistance, loss of electrolyte, and crystallization of the electrodes. Arrhenius explained the time effect, and it is widely used by battery designers to calculate the life cycle of a battery. You need to remember that the battery discharges itself even when idle.

The rechargeable battery has a limited life cycle before it becomes unusable. You can extend it with proper maintenance, proper operating temperature, and regular non-regular use.

It was a brief introduction about the history of the first battery along with the year in which the first battery was invented, the use of the first battery, and for how long it lasts. The battery is one of the most man-made inventions in history. It is an essential thing as without it our gadgets won't work. Today, it is commonly used as a portable power source, but in the past, batteries were our only source of energy. Without the concept, modern facilities such as computers, vehicles and communication equipment would not be possible.