How to Charge A Dead Lithium-Ion Battery - Charging And Reviving

Lithium-ion batteries are incredibly useful in today's electronic world. We use them at home, work, school, on our portable devices, among many other places.

However, unlike dry cells, they are much more expensive and cost a lot to replace. Sometimes, the battery can be revived if it is not charging or performing as needed.

This guide will give you all the information you need about why Li-ion batteries can suddenly become unresponsive and how you can restore them.

1.Can You Revive A Dead lithium-ion battery?

Yes, depending on the issue at hand. Lithium batteries are susceptible to several problems that can lead to them becoming unresponsive to charging or discharging.

To understand how you can revive a dead lithium-ion battery, you have to look into how it works and its unique features.

The term 'lithium-ion battery' is a blanket term that refers to many types of batteries that rely on lithium ions to work. Their common feature is that they rely on an anode(positive terminal) made out of a lithium compound.

The reverse happens when discharging, where the lithium ions move towards the anode. The problem is that if the battery is discharged for too long, the electrodes can be excessively stripped of ions.

If, after such a state of discharge, you attempt to recharge the battery, the electrodes are reconstituted. This process is very irregular and can easily cause short circuits, fires, and explosions.

To prevent this from occurring, lithium-ion batteries are equipped with a battery management system (BMS) that measures the health of the battery based on its voltage. 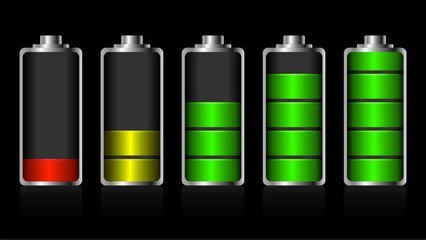 What Causes a Dead, Sleeping, or Bricked Battery

If the BMS detects the battery voltage to be below a predetermined level, it will not charge it for safety purposes. That is why even if you plug it in, it does not charge and can also display a faulty battery indicator LED.

This is what, in most cases, causes a sleeping battery. Such a battery can be revived if:

●It has been below the nominal voltage for less than a week.

●It shows no signs of physical damage.

While you can revive such a battery to its operational state, be aware that the process can be dangerous. In most cases, you will be voiding your warranty with the manufacturer.

You should return such a battery for recycling and buy a new one. However, if you still want to revive it yourself, there are a few tricks you can use.

2.How Do You Charge A Battery That Is Completely Dead?

There are two ways you can revive a dead lithium-ion battery. The first involves its original charger or other approved models, while the second consists of another battery of similar voltage and capacity.

If the battery comes with a separate AC charger or charging dock, check with the manufacturer that it has a ‘boost’ function.

This is a feature where the charger checks the battery to see whether it is above nominal voltage. If not, it applies an appropriate voltage to restore it to acceptable levels.

Different manufacturers incorporate various functionalities in these chargers. They will typically display light to show if the battery is charging. For some, you might need to manually change between ‘normal’ and ‘boost’ charging.

Give the battery 3 hours in 'boost' charging and 2 hours in 'normal' charging. Then connect it to a high load such as a power tool or flashlight until it discharges fully, then charges it normally.

If the charger has an automatic boost mode, let the battery charge to halfway full, discharge it, then recharge it normally.

You can also use a similar charged battery to ‘jumpstart’ the dead one. Here is what you should do.

●Find a similar battery with a matching voltage and almost similar charge capacity.

●Make sure the other battery has sufficient charge. It should have a higher voltage.

●Connect the two batteries with cables. The two positive terminals should match, same with the negative ones.

●Let them sit for 5-10 minutes, then disconnect the cables.

●Check that the previously depleted battery is now above minimum voltage, then charge it as usual.

What happens here is that as the batteries equalize their charges, the one with the higher voltage directly boosts the one with a lower one. Once the voltage is above the minimum, it can be recharged normally with a charger.