Is A Higher Ah Battery Better- Power And Best Buy

Can you imagine your life without devices and gadgets like mobile phones, laptops, calculators, radios, electric cars, and many more similar tools? If the answer to these questions is no, then you should thank batteries because life without batteries would be a trip way back in time a century or two, when the only way of making portable energy was steam power or clockwork.

A battery being a portable device increases the convenience for the users. Batteries come in different types like, general-purpose battery, Li-Po battery, mercury and lithium battery, and many more. Most of these batteries do not need to be connected to an external electrical system. This is the most significant advantage in cases like aircraft, cars, and many other portable devices that require power.

AH is the unit of electric charge where AH stands for Ampere Hour, and it is often shortened as amp-hour. AH is the rating that is generally used to tell the consumers how much amperage a battery can provide in one hour. Smartphone and power banks usually use mAH or milliamp-hours while the other automotive batteries use AH. Knowing how many AH your battery will provide is the primary source of getting a battery that will support you in your daily routine.

This article will help you to know everything about the AH power batteries and the best buy. So, read further to get information about higher AH batteries and its performance.

Does a higher Ah battery give more power?

AH is generally the unit of electric charge, which is also known as amp-hours. It is the current in amperes that can be obtained and produced in a unit of time, say an hour. AH also indicates the storage capacity of a battery. The more the value of AH of your battery, the more will be the cell's storage capacity. Now the question is, will a battery with higher AH delivers more power? 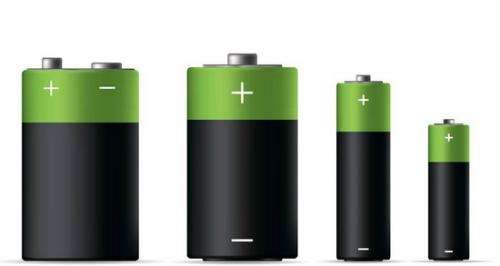 Let us get an answer to this question with the help of an example.?

AH rating affects the run time and the performance of the device, which indicates more power. Using a battery with higher AH will improve the battery's running time on a single charge, and this feature is essential if the power goes out frequently or is out for an extended period. And it is vital to note here that the higher AH batteries will take more time to get fully charged than the lower ones, and the cells with higher AH will be bigger. If you are thinking of substituting a smaller AH battery with a higher one, make sure that it will ultimately fit in the allotted space or not.

The answer to this question is doubtlessly yes. The batteries with higher amp hours deliver more power and more performance, allowing the battery to work for a longer time on a full charge as compared to the cells with lower amp hours. As AH indicates the amount of charge stored in the battery, therefore, the higher the number of AH on a battery, the more will be the energy stored in it.?

As the AH or amp-hours rating of the battery indicates the consumers about the amperage that a battery will provide in one hour. So, the more the AH will be, the more will be the battery's running time, which is the measurement of how much work one can get out of the battery. Therefore, the battery with higher amp is much better than the lower ones because it will lead you to ignore a bundle of issues like what is the discharge curve of the battery or what might be the internal resistance of the battery.

How do you buy a higher Ah battery?

While buying any battery may it a lower AH one or a higher AH one, the buyer must keep certain things in mind because the one thing to remember about battery selection is that there is no such perfect battery that works for all the electronic devices.?

The batteries with higher Ah are readily available offline and online. But still, it is important to make sure that you should only buy the right quality batteries from reputed and reliable sellers. The process of selecting the right higher AH battery for your device involves identifying the metrics of the battery and comparing it off with others. Before buying a higher Ah battery, one must keep in mind that batteries with higher AH or higher power provide quick discharge capability at high drain rates.

The battery's run-time is indicated by the capacity of the battery expressed in amp-hours, and it also suggests the discharge current that a battery can provide over time. So, while buying the higher AH batteries, it is essential to look at the energy content and obtain this energy content in WH. You need to multiply the battery capacity in AH by the voltage.