The production of lithium-ion batteries was introduced into the market in the early 1990s. The technology has been producing rechargeable batteries that are used in portable electronic devices like MP3 players, laptops, digital cameras, and phones, among others. It’s hoped that in the future, these batteries will be used to power electric and hybrid electric vehicles.  However, there is a need for a massive improvement in the lithium-ion batteries' power, energy, and cycle life; thus, the switch from the traditional micro-sized electrodes to new ones made from nanomaterial.

The use of nanophosphate lithium-ion batteries has gain momentum due to the growing demand for electronic gadgets and cars that are able to retain charge for an extended period.

What Is Nanophosphate Lithium-Ion Battery?

Batteries have electrodes made of Phosphates. The nanotechnology was developed to replace these electrodes made from convectional phosphates to nanophosphate due to its superior qualities. For instance, this new phosphates has better conductivity and a uniform discharge rate when compared to ordinary phosphate.

The cathode electrode is coated with nanoparticles, which ranges from one-tenth of a micron all the way to several microns in diameter. These particles raise the electrode surface area, for they form clusters and spreads along with it.

Further, the particles are able to avoid the convectional nanotechnologies toxicity and adhere to the Environmental Protection Standards.  On the other hand, the use of nanophosphate in batteries has one limitation. The ordinary lithium-ion batteries use the intercalation process that alters the number of lithium ions on the battery electrode.

More so, nanophosphate has a larger surface area that causes the ions to react at a quicker rate with electrodes, and this leads to higher powers. The nanotechnique increases the efficiency of products such as hybrid vehicles and reduces the batteries’ weight that is required to provide appropriate power.

Additionally, the use of nanomaterials increases the battery's shelf life. Thus the nano-enabled batteries will not only apply in consumer electronics but will be used in the military to support a modern solder that requires electronic gizmos all powdered by batteries. These gadgets include flashlights, night vision goggles, laptops, GPS, and radios.

Thus the new technology will eliminate the need to carry extra weight since the nanophosphate lithium-ion batteries are light, and no additional batteries are needed since they last longer between charges and have an extended shelf-life.

Future research on nontechnology will focus on the cost reduction of nanomaterials to allow a large-scale commercial application.

How Does Nanophosphate Lithium-Ion Battery Work?

Nanotechnology is currently being used to enhance the lithium-ion batteries. These rechargeable batteries have gained popularity in electronic devices such as cell phones, laptops, power tools, and cars.  Lithium-ion batteries move electrons from one side or electrodes to the other, which generates energy to power your devices.

One side is the cathode, which is made of a metal oxide such as cobalt oxide and anode that is made from carbon. In between the electrodes is an electrolyte, and lithium-ion batteries have a salt solution of lithium ions. Although lithium-ion batteries can produce more electrical power than others, these cells take longer to charge.

Nanotechnology is being implemented to enhance batteries efficiency and reduce the charge time. Thus many researchers and companies are using this technology to produce better battery materials. Nanomaterials are used to make the electrodes, thus enhancing their surface area, thus increasing the regions in contact with the lithium ions. More so the battery goes through several charges, which are two or three times higher than a conventional lithium-ion battery. These changes don't affect battery performance.

The nanophosphate batteries have a longer life, are lighter, and takes a shorter time to charge. Therefore nanotechnology process enhances the batteries’ efficiency and recharge speed. Thus, the changes are making electronic devices such as laptops lighter and last longer between charging. 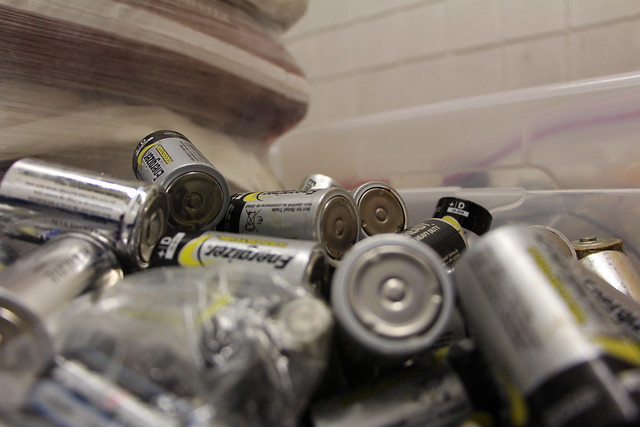 Will Nanotechnology Become The Trend Of Lithium-Ion Battery?

It's expected that the global market for nanotechnology-enabled batteries will surge by 17% between 2018 and 2022. The lithium-ion battery technology has been around for more than 20 years now. The introduction of nanotechnology is expected to improve the batteries, thus attain a combination of reliability, energy, safety, and cost. The lithium-ion battery has an anode material that causes an explosion of the cells due to high reaction. Therefore, the nanostructure of silicon and tin are the new anode materials.

Various strategies are being used to achieve stable cycle-life and high capacity of the electrodes. They include making nanocoatings or nanocomposites with inert components or carbon, employing hollow nanostructures, or reducing the size of the particle to nano-range.

Although nanotechnology is supposed to enhance efficiency, the above approaches affect the anode materials overall energy density due to a higher weight-percentage as a result of additional inert components or carbon, the hollow structures are contributing to large voids while the nanosized materials are creating low packing density.

Other challenges that are affecting the nanotechnology that the synthetic processes are energy-consuming, thus contributing to the high cost of fabrication. The fabrication procedure is causing the formation of agglomerates while the nanomaterials used on electrodes have large surface areas; therefore, the unpleasant reactions of the electrodes and electrolyte.

The industry is countering these side effects by producing well-designed nanoparticle agglomerates, thus solving the technical hitches of producing nano-enabled anodes. Similarly, strategies are in place to design efficient cathode materials that nano-sized.

The nano-enabled batteries have penetrated the consumer electronics market, and manufacturers are fussing on-grid storage applications. Further, with the use of nanotechnology, the industry is producing lithium-ion batteries with new and diverse applications.

Therefore the industry has directed its research efforts on the development of safe electrolytes and advanced electrodes through the use of nanotechnology and nanomaterials regularly.