lithium battery is the most amazing invention of science and assists people in many ways. These are used for personal purposes as well as in commercial industries. Moreover, there are many industries which are totally dependent upon lithium ion batteries. These batteries are used more because of their energy efficiency and fast charging along with longer battery life. These are made by using lithium ions in combination with many other chemicals which are liquid free and have low self-discharge capacity.

On the other hand a SuperCapacitor or ultracapacitor is another tool to provide current to the devices and help them in working. It is made up with metallic plates that are two in numbers and adjusted parallel to each other. After that, by using an external source, current is applied on the plates and this is when electric filed is created. This electric field is responsible to offer current to the

However a battery is different than the SuperCapacitor or UltraCapacitor though they are both responsible to provide current to the devices, machines, or tools in order to help them in running. 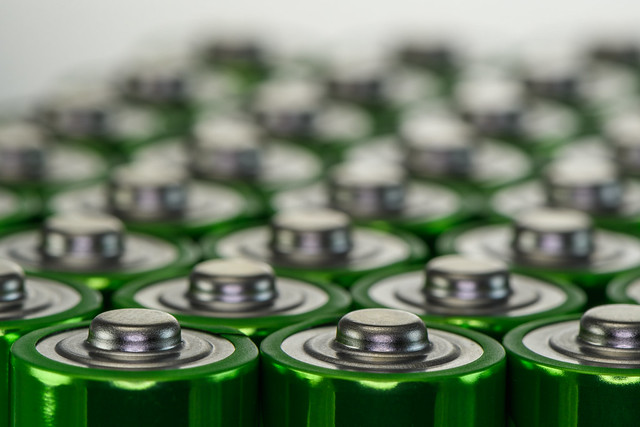 Can we use capacitor in place of lithium battery?

Before answering this very question, I would like to tell you that Batteries and SuperCapacitors both can store current inside them. Despite of this, I won’t recommend you to use Capacitors instead of lithium ion batteries. Well I have some reasons to tell you in this regard:

1.Batteries have extremely low weight and when they are placed inside a device, it still remains enough easier to carry them and port them from one place to another. On the other hand capacitors are heftier than batteries.

2.The storage capacity of lithium ion batteries is too much and way too more than the capacitors. That means, you can store high voltage current amounts inside a lithium batteries but not inside the capacitors.

3.Along with weight the volume of capacitors is also very high that means they will cover too much place while offering stored current to a device. On the other hand, the volume of batteries is not so much and they are easily adjustable inside the smaller or bigger devices.

However, scientists are now struggling more to make supercapacitors better energy efficient than li ion batteries and that’s why it is said that in the coming future the energy capacity or power of supercapacitors will be more in future.

What is the different application between a supercapacitor and a lithium battery?

If we talk about the application of supercapacitors exclusively, we find out that it is a little bit hard and requires more efforts. Well, this is because you need to run rapid cycles of charges and discharge. You cannot store more energy in a supercapacitor for too long. It gets discharged and charged again and again however easily. These supercapacitors are used in trains, cranes, elevators, or buses etc. where a continuous energy is keeping the supercapacitors working.

In contrast to standard capacitors, supercapacitors don't utilize the customary strong dielectric, but instead, they utilize electrostatic twofold layer capacitance and electrochemical pseudocapacitance, the two of which add to the absolute capacitance of the capacitor, with a couple of contrasts.

On the other hand, when you talk about the application of lithium ion batteries, they do not require any sort of charging or discharging cycles in order to run for longer periods of time. However, you cannot run bigger vehicles like buses and trains over it. You can simply use them in devices like laptops, mobiles, cameras, and toys.

Lithium batteries are more sensitive to energy than the capacitor batteries. It means, you cannot put li ion batteries on charge for too long or else they will get burned.

Well, in the end, I would like to say that if you need a battery with long lasting charge, you should go with using li-ion-batteries.