Does iPhone have a lithium battery?

What is the best way to charge your iPhone battery?

iPhone is a remarkable smartphone brand with exemplary devices used and adored by many, including those with different phone technology. It is, therefore, important for all iPhone users to look after their phones as they tend to be delicate devices as much as they are unique and spectacular. One of the most vital parts of an iPhone, or rather, of any smartphone, is the battery used to power the device.

Many a time, individuals tend to think that giving their iPhone batteries some juice is all it takes to keep it healthy. What they don’t realize is that the battery is a sensitive instrument in any electrical device and how you treat or charge it will determine how well the gadget will serve you. For that reason, people tend to have a few queries concerning charging their iPhones, and the following are some of the solutions found to have the most significant effects.

Is it okay to use an iPhone charger?

Just because the charger fits into your charging port doesn’t mean its suitable for your iPhone. Many counterfeit apple chargers in the market harm your device rather than sustain its need for power. At some point, one might even find a charger discharging your phone rather than charging it, and before you know it, you have a busted iPhone. In the end, you would end up paying almost half the price of the pone just to have it fixed because once an iPhone battery is damaged, the phone is also rendered insignificant.

Apple always advises its users to use the charger that originally came with the device. If your charger happens to get spoiled along the way, it is always recommended that you get a suitable replacement at an apple store. You may be tempted to get a universal charger that comes with pins for all the charging ports, but such alternatives may end up gradually harming your phone even if it seems to be charging.

These cheap knock-off chargers might charge your phones for the first few trials, but once they start acting up and instead, you try forcing issues, then you can as well as kiss your Apple goodbye. Unlike the original chargers, these counterfeit ones aren’t designed using the same Apple principles, and using them is a suicide mission for your phone. If you happen to have an iPad charger that fits into your iPhone smartphone, then you can use it to charge the iPhone smartphone as long as it’s the original Apple charger. 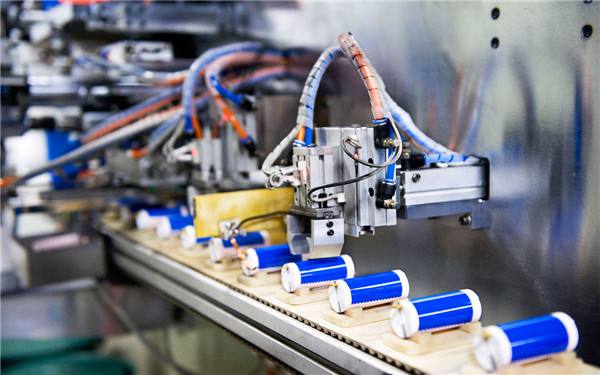 Is it okay to leave your iPhone charging overnight?

Since the arrival of smartphones, the most common way of charging these devices has been to plug them in when going to bed and eventually disconnecting them in the morning with a full battery. A while back, cells took a lot of o time to get to full capacity, and thus, leaving them overnight seemed like the most reasonable idea. However, users should be aware of the fact that times have changed and technology has evolved.

Currently, the period it takes to charge a battery has reduced drastically and especially with the introduction of lithium-ion batteries. Apple uses lithium-ion cells as the primary power source for all its devices. It claims that the batteries tend to charge much faster, are more durable, and have a higher energy density as compared to any other safe battery technology.

Apple advises its users that they should always try to keep their iPhone batteries between 40 and 80% charged. Topping up to 100% may seem convenient, especially if you’ll be using the phone all day long, but this isn’t optimal. Well, charging the iPhone up to 100% won't necessarily harm your device because lithium-ion cells are fitted with battery management systems that protect the cells from overcharging. However, letting the battery drain entirely to 0 can prematurely lead to battery damage. It is, however, recommended that you discharge your battery entirely once a month before recharging it back to 100%.

It might now be much of a big deal to leave your iPhone charging overnight, but you can never be too careful with Apple devices. The best charging practice would be to charge the cells periodically during the day so that it maintains a suitable level of charge at night as well. It is also advisable to carry your charger wherever you may go or an extra one so that you can plug in your iPhone whenever you notice the battery beginning to die.

If I fast charge my phone, will I be damaging it?

There have been many reports on the dangers of fast charging any machine or device. However, fast charging doesn’t damage your iPhone as long as the device has the capabilities, iPhone 8 and above are the only known iPhone devices capable of handling fast charging without overheating or causing damage. The version below iPhone 8 has not been designed to be compatible with fast charging, and therefore, such charging habits can ultimately harm them.

Just like any other battery, when it comes to storing iPhone, you are advised never to do it when the battery is at full charge. If you plan on leaving your iPhone in on the shelves so a few weeks or months, you are recommended to have them charged to about 50% first before doing so. This would protect the cells from dying while left idle, and the battery would still be drained but at a much slower rate as is with lithium-ion batteries.

How do you choose your iPhone lithium battery charger?

Lithium-ion batteries used in iPhones need to be cared for effectively because they play a significant part in determining the efficiency of the smartphone. It is, therefore, advisable that you follow the above guidelines to get the most out of your iPhone.