Where To Recycle Lithium Batteries-Performance, Need And Method

Electric vehicles are getting popular by the day. And when electronic devices come in, the pile of use lithium-ion batteries that once powered them surges.

Industry experts predicted that China alone would general about 500,000 metric tons of Li-ion batteries per year. And by 2030, the global figure will be at over 2 million metric tons yearly.

There are very many people who don’t know what to do with their used batteries. This means most of them will end up in landfills, even though they can be recycled.

In this article, we will be looking at the recyclability of Li-ion batteries so that you know what to do with your old ones. Continue reading.

If you have been using your laptop or smartphone for the past two or more years, your battery is probably under optimum performance. In this case, you are thinking of replacing it.

But what do you do with the used battery Are you going to throw it in the dustbin That may not be a good idea, considering they can be dangerous, especially if swollen or cracked.

Lithium batteries can now be recycled. This is the best way to get rid of the batteries. Many people don’t know this; hence, they don’t throw it away.

Lithium battery packs are the most popular packs in the modern battery market. They contain valuable metals and other materials that can be recovered, processed, and use again.

Unfortunately, there is very little recycling happening today. For instance, it Australia, one of the most developed countries, less than 5% of used li-ion batteries are collected and sent to recycling plants. 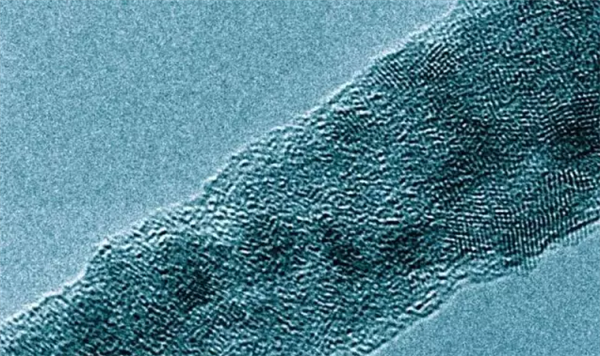 From Argonne National Laboratories in Australia, Linda L. Gaines says there are many reasons li-on battery recycling has not yet hit the international market. As a specialist in materials and lifecycle analysis, she understands why many people don’t take this very seriously.

She gives the following reasons:

Economic barriers. Still, less developed economies cannot handle some of the emerging technologies. For instance, some materials in the battery packs can be used to manufacture other items or even other batteries. But not every country has such capabilities,

Logistic issues. Countries that cannot recycle the batteries themselves can get help by exporting them overseas. This happens even with more developed nations. But there are always logistic issues transporting such materials. If it is not the cost, it is safety considerations. And because of this, the batteries are not even collected in the first place.

Regulatory gaps. Each country has its regulations on the use and disposal of such materials. Even though international rules may come in, the border variations make it hard to get a consensus.

All these issues can be described with a classic chicken-egg problem analogy. The lithium battery industry does not offer a clear path to large-scale economic recycling. As such, manufacturers and researchers have not invested in recyclability. They have mostly tried lowering prices and increasing battery life/charge capacity.

Analysts have made very minimal progress in the recyclability of these batteries. This is why very few end up in the recycling plants. Also, it is the reason that very few people know Li-ion batteries can be recycled.

When do you need to recycle lithium batteries

Lithium-ion batteries have become far too common today. Chances are, the device you are using right now is running on a li-ion battery.

So, when do you need to recycle the battery The best question would be, can you through away your lithium-ion batteries

No, it is very dangerous to do so because they:

Are toxic to humans when damaged. Even though lithium-ion batteries contain materials that may be considered harmful, they are not exactly dangerous. When contained inside an electronic device, they are completely safe. But if you remove them from the electronic device, they are potentially toxic to humans, especially if they are damaged. Also, when you expose them to heat and dampness, they cause some reactions that are not particularly safe. Inhaling or consuming them can be very bad.

Are potential fire hazards. There are many cases where LIBs have caused fires. Many of the batteries that explode or swell have lithium polymer chemistry. Samsung also had some batteries that cause similar issues.

For these reasons, you know why throwing away LIBs is a bad idea. And because you cannot use your batteries when they are damaged or dead, the only best approach is recycling them.

After all, we are living in a green world where we want a safe planet.

How do you recycle lithium batteries

Recycling Li-ion batteries is possible but very difficult. Hence the only safe way to do it is to send them to a qualified recycling center.

This means you need to look for the nearest plant where they pick old phones, game consoles, laptops, and other electronic devices.

Luckily, they are generally accepted free of charge – some even pay a small fee if you drop them. It is easy to find a recycling or drop center, with the internet in play.

This is very important, particularly for large packs, like the ones in EVs. But you will have to fully discharge them before dropping them off.

Lithium-Ion battery recycling is the best way to keep our environment safe. If you have some, therefore, do not dispose of them carelessly. Send them to the right people, and you can relax, knowing you did the right thing.