Lead acid batteries are also used in devices where surge current is not required or not important.

The net energy released per mol in Lead acid batteries is approximately 400KJ, which is equal to the formation of 36 grams of water.

The British Chemist M. Stanley Whittingham first proposed using Lithium to make batteries in the year 1970. Whittingham used electrodes made from Titanium Sulfide and Lithium. Whittingham rechargeable lithium battery could never be made practical as it was very expensive to make in the first place in the 1970s.

It was the year 1991 when Sony announced its new product the lithium-ion battery. Since then, the commercial production of lithium-ion batteries has been performed. This invention allowed the manufacturer to produce cell phones at a much smaller scale.

Lithium-ion batteries are of all shapes and sizes nowadays. However, no matter the size or the shape of the battery they all look the same inside. In any given Li-ion battery pack there are certain things that are present:

· Lithium-ion cells. They can either by cylindrically shaped like the conventional AA batteries or they can be prismatically shaped.

· Temperature sensors to monitor the temperature of the battery. Overheating can have catastrophic results.

· Voltage converter and Regulator circuit. This is to maintain safe levels of the voltage and the current inside the battery pack.

· Voltage tap, which acts as a monitor for the energy capacity of each individual cell inside the battery pack.

· Battery charge state monitor. Which is a small computer that handles all the charging process. It makes sure the batteries are charged as quickly and as safe as possible.

When charging or even during the usage of the battery, if it gets too hot, the computer (Battery Charge State Monitor) will shut down the power flow in an attempt to cool things down. If you try to use your device while in this hot state, this computer will prevent you from using it, and will even prevent you from powering on the device itself.

The capacity of the lithium battery and the lead acid battery

Lead acid batteries are sized to 50 % depth of discharge in many applications. That is done in order to increase the life span of the battery. This process takes up twice as much space and costs extra.

Due to the technology in the Li-ion batteries, they have a capacity that will remain constant for a long time no matter what your discharge rates are.

Depending on how you are going to use your batteries, lithium-ion batteries though offer a significantly lower operational cost than those of the lead acid batteries.

As mentioned Lead acid batteries are sized to 50 % depth of discharge in many applications. That is done in order to increase the life span of the battery. This process takes up twice as much space and costs extra. This makes the lead acid batteries a less efficient choice than the Li-ion batteries.

Lithium-ion batteries have a high level of efficiency thanks to its technology. They are 99 % efficient and offer higher usable capacity at the exact same Amp-Hour rates. A smaller, lower capacity Li-ion battery will achieve the same results as a huge lead acid battery. That saves up space, cost, and charging time are less.

When it comes to efficiency, Li-ion batteries are a perfect choice, they offer small charging time, relative to lead acid batteries. They are smaller in size and weight. And most importantly, they have a higher lifespan than any lead acid battery. They are efficient and more easy to handle. 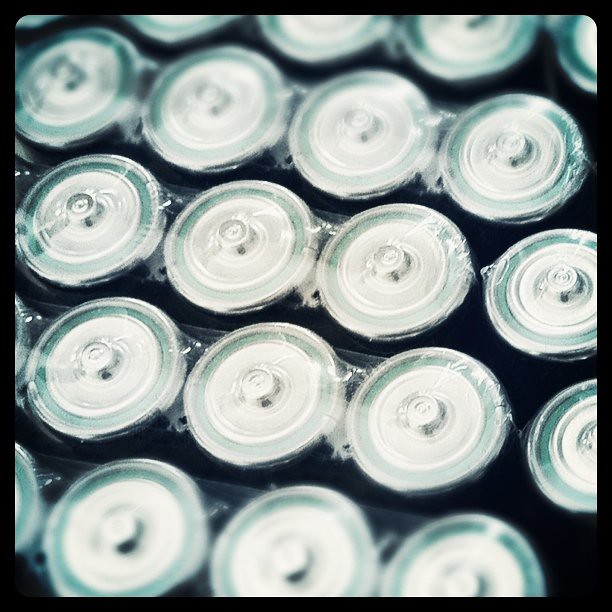 The lifespan of lithium battery and lead acid battery

Lead acid batteries have a life span of approximately 500 to 1000 cycles. This is translated to approximately one to one and a half years of usage.

Lithium-ion batteries have an estimated life span of 2000 to 5000 cycles. That translates to approximately two to three years of usage, which is almost double the lifespan of lead acid batteries.