On March 2nd, 2017 tax payment commendation conference was held by Dongguan Nancheng District Party Committee of CPC cooperated with sub-district office. Large Power was awarded the third large tax payer of domestic capital industry in 2017. This is the first time that Large Electronics was in the top-three list.

Show enthusiasm on production, control the market by technology and advance in the future on innovation. Although the cost of materials is rising, and the price of traditional products is decreasing, Large Power has active transformation, including supply development and application expansion, so that the business performance goes up rapidly.

Since Large Power became large tax payer of domestic capital industry in Nancheng district in 2015, its tax payment has kept increasing because it got the award of top five in 2015, top four in 2016 and top three in 2017.To be the top one of tax payer means Large Electronics has stronger social competence of lithium battery service and its social contribution will be more and more worthy. 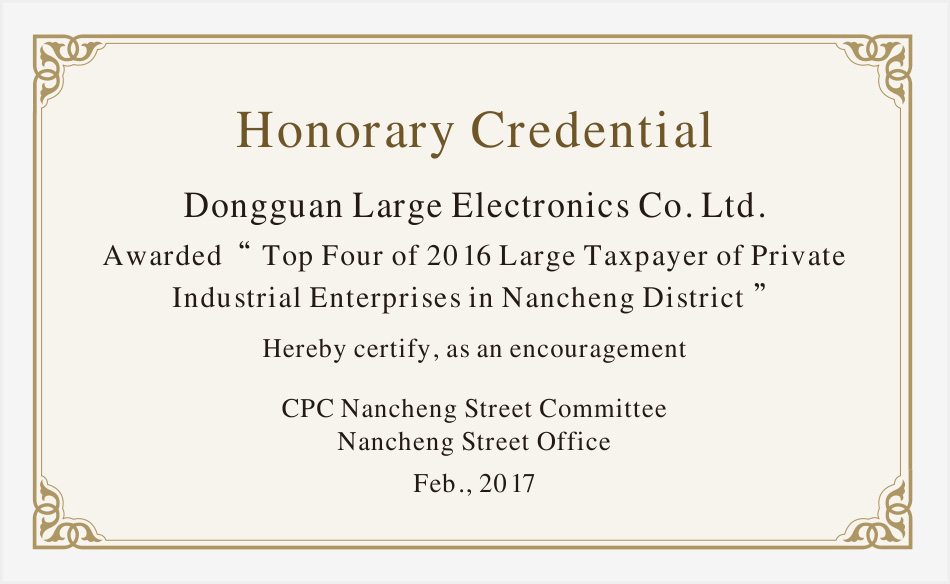