As time goes, and with advancements in technology and research, numerous innovations have been made in different sectors. We have different devices that help make our work easier and improve people's living standards.

These innovations are also available in the battery manufacturing sector. Numerous battery types have been approved for use, and several others are on the way. All these new batteries aim at improving on the existing battery types.

The silicon graphite batteries are new technology batteries that a team led by Prof. Ein-Eli created. These batteries were invented at the Grand Technion Energy Program in the Israel Institute of Technology.

There is still little information about this type of battery, but I am ready to tell you more about it. It is a fantastic innovation, and I am sure you will like it. Therefore, it is good that you follow me through this article and learn more about silicon crystal graphite batteries.

The silicon crystal graphite battery also knows as silicon-air batteries, is a fantastic innovation in the battery industry. All eyes now focus on the two principal inventors of the product; Yair Ein-Eli and Digby Donald Macdonald. However, many others assisted the two in the innovation.

The current assignee of the silicon-air batteries is Technion Research and Development Ltd and Penn Research Foundation. There have been several applications for patent citations by various bodies, including the two named above who made applications on 11 Feb 2010.

The battery is made of a silicon anode, which acts as the chemical fuel, an air cathode for dissociating oxygen, and a non-aqueous electrolyte. The applications using these products have been provided. These silicon-air batteries may use air for generating oxygen.

Therefore, there are still so many issues surrounding the use of this battery type in the world. TheThe bodies responsible for patent issues are working to ensure that all the applications are dealt with, and the inventors get their part.

However, once everything about this battery has been approved, we will be good to go. We must follow the needed guidelines to acquire the correct information from those involved. The battery has proven to be effective for use in different devices that require a lot of power.

Making the silicon crystal graphite battery is complex, but you will get to know every bit. The batteries use silicon and oxygen as electrodes. The incredible feature of these batteries is that they are lightweight, and they have a high tolerance for highly high humidity conditions and dry conditions.

The silicon-air batteries depend on the atmospheric oxygen for their cathodes. They are cheap to manufacture because they do not include any cathodes in their structure.

The silicon crystal-graphite battery inventor decided to use silicon as a fuel cell because of its high specific energy and availability. Silicon is the eighth-most abundant element in the universe.

During their experiments, they tested for different potential energies and voltages using different solutions of liquid oxygen. They then posted their results on Electrochemistry communications, and these attracted several bodies, including DARPA and Pentagon. They are now working on the effectiveness of the battery in military work.

The battery is made with room temperature ionic liquid and wafers comprised of high amounts of silicon. The wafers are used as an anode, while the RTIL is the electrolyte that turns the wafers into helpful energy.

When not in use, the RTIL acts on the wafers and dissolves them at a slow rate because there is the absence of a semiconductor that speeds up the reactions. When in use, the RTIL reacts faster to dissolve the wafers, which then produces electricity.

The battery does not possess a built-in cathode that is found in most batteries. However, the battery's membrane allows oxygen from the air to flow through it, thus acting as a cathode. 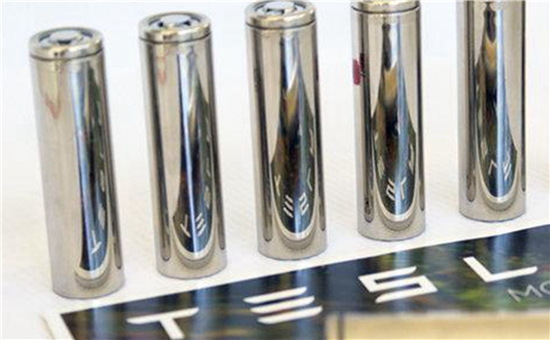 This silicon crystal graphite battery is still under research, and it can only be used once approved. The most desired field of use for this battery is powering small-scale medical devices that include diabetic pumps and hearing aids that do not require frequent charging.

The nature of silicon makes it suitable for tropical regions of Asia and America. However, other silicon batteries are being developed for general use in all applications that include consumer electronics.

The industrial manufacturer of this type of battery can be relatively more manageable when the right equipment is available. Therefore, it is good to learn how the battery works before using it soon. It has been speculated to be more effective than other battery types.

Batteries have their shortcomings, just like any other commodity. The zinc-air battery is sensitive to extreme temperatures meaning that its functionality can be affected by the temperatures. It is also sensitive to humid conditions; thus, it cannot be used effectively in some areas.

The air's carbon dioxide can also form carbonate with zinc, hence causing a reduction in conductivity. Furthermore, zinc-air batteries suffer from a high self-discharge rate. These zinc-air batteries also have a high internal resistance meaning that they must be huge to satisfy high current needs.

With the introduction of different types of batteries, there is a need to ensure that they adhere to environmental needs. Therefore, we need to use them in the right way and dispose of them safely. There are so many types of batteries invented to help improve our lives and conserve the environment.