Connecting Batteries in Series and Parallel at the SameTime

One of the basic concepts of electricity that we must know before installing our solar batteries or, for example, the batteries of our electric scooter is knowing how to make a series connection or a parallel connection to get the voltage and the Ah (amps time) desired. Let’s talk more about Connecting batteries in series and parallel at the same time.

Can you connect batteries in series and parallel at the same time?

Yes, it is possible to connect batteries in parallel and series configurations. It is important for you to know that the electricity always flows via a parallel connection similar to what happens in a single battery.

Each battery we have has a specific voltage and Ah. There are 2V batteries (usually called stationary accumulators), there are also 6 volts, although the most common in isolated solar installations and in one-person electric vehicles are 12V accumulators.?

The Ah, meanwhile, determines the discharge capacity of the battery. What is common to all batteries, regardless of their voltage or capacity, is that they have 2 poles: one positive (+) and the other negative (-).

Charging Batteries in Series and Parallel at the Same Time:

We never recommend parallel connection because:

1. The manufacturers are not responsible for the malfunction since the battery is not connected properly, so it is the responsibility of the user to make these connections correctly.

2. The batteries, even if they are bought at the same time, are identical and start from the same initial charge, will progressively decompensate since electricity always goes the shortest way and in the long run the different internal resistances of the same will become evident, generating the differences.

3. In a perfect theoretical electrical system, the parallel connection is indistinct, but the reality is different and that is why faults appear over time. The internal resistances should be identical, the section and length of the wiring also identical, as well as the contact surface, among other factors which in reality does not happen.

4. There is a constant circulation of energy between batteries, and some of them never reach 100% charge, so we accelerate their wear even more.

5. Here we advise you to connect your batteries in series and if you need more autonomy, opt for larger batteries or rethink your solar installation to work at a higher voltage if your needs change.

In every series connection, a battery of like amp-hour and voltage capacity is coupled to upsurge the overall assembly’s voltage.

When making the series connection of your batteries, the direct current voltage is added. This is best for charging the batteries and reducing losses along with the cables. With this connection, you will ensure that the batteries work perfectly and reach 100% of their charge.

In addition, connecting in series will facilitate the better operation of the entire system. However, we do not advise you to regularly pass 50% discharge, to have higher capacities we advise you to choose larger battery models. You should not be putting smaller batteries in parallel. 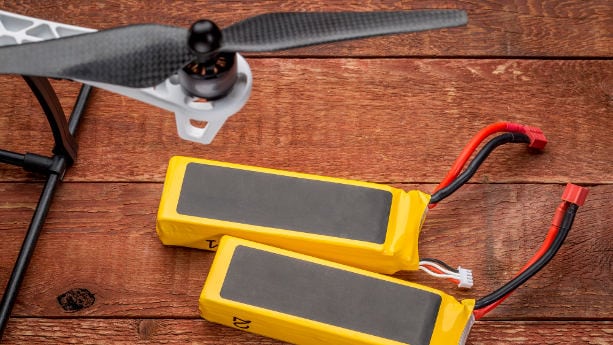 Once this connection is made, we unscrew the nuts or screws that are included in the battery, insert the cable and screw, then carrying out the same process on the opposite terminal. It is important that you ensure that the wiring is properly secured to prevent future problems in the system.

It already has its batteries connected in series, with which it has achieved a sum of the voltage but, maintaining the same intensity that we would have in a unit battery.

The terminals that remain free are those that we will connect to everything that requires the use of this battery, be it the inverter, the charge regulator, etc. Having connected in series, we add voltage and the total amount of energy is the same as depending on the voltage of your batteries it would be: